Alongside his work for the newspapers Gray received a number of painting commissions of military subjects and a selection of his drawings were submitted to the newly-created Imperial War Museum in September 1918. 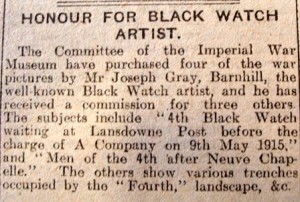 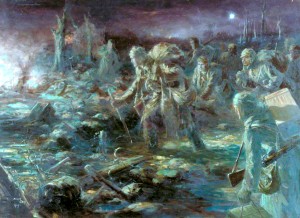 Seven were purchased and Gray was subsequently commissioned to paint a large oil based on one of his sketches,  A Ration Party of the 4th Black Watch at the Battle of Neuve Chapelle 1915. In a letter in the War Artists’ Archive of the Museum Gray vividly describes the real event upon which this painting is based, and provides a key showing the men he plans to depict. He explains that the appeal of doing such a composition is that it was part of a typical night operation which he himself had participated in many times before, as well as being a great moment in a famous battle.

Gray went on to do many regimental commissions and in subsequent years wrote to the Imperial War Museum several times requesting the loan of kit and other equipment to make his work ‘authentic.’ 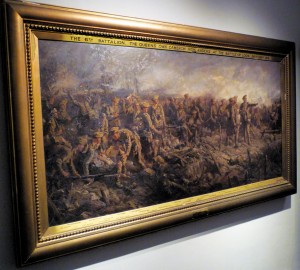 ‘6th Battalion The Queen’s Own Cameron Highlanders at the Battle of Loos, 26 September 1915’ painted in 1919 and on display at
The Highlanders’ Museum, Fort George. 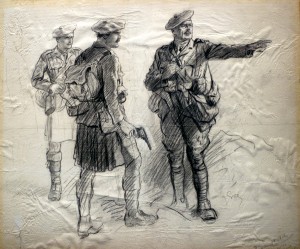 He asked for a Cameron Highlanders kit for a painting he was to execute for the regiment after the battle of Loos. 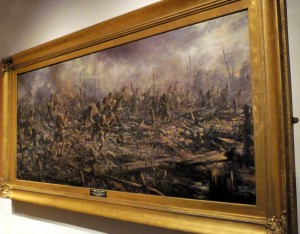 ‘4th (Ross-shire) Territorial Battalion Seaforth Highlanders at the Battle of Neuve Chapelle, March 1915’ painted in 1920 and on display at
The Highlanders’ Museum, Fort George.

The Highland Times of 23rd September 1920 featured a photograph of Gray by his friend Andrew Paterson and reported on a recent painting commission by the artist: “Mr Joseph Gray, the youthful painter of The 4th Seaforths at Neuve Chapelle, a painting which is bound to rank among the finest of modern battle pictures, fought with the Black Watch from Neuve Chapelle to Loos. The picture, which is on exhibition at Messrs Fraser’s Galleries, Union Street, reveals the disillusionment of War. Here are shown no gay trappings, glittering swords, and noble horses, but plain, steadfast, unconquerable men, standing with their faces to the foe and grasping their fixed bayonets in the firm                                                determination to win or die.” 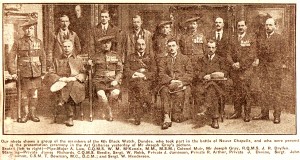 Gray’s reputation grew and he executed war paintings for several regiments, including his own. The Dundee Advertiser for 1st April 1922 gives details of a ceremony at Dundee’s Victoria Art Gallery where Gray’s painting The 4th Black Watch Bivouac on the Night of the Battle of Neuve Chapelle was presented to the city. A group photograph shows members of the 4th Black Watch (including the artist) who had served in France. The picture had been commissioned by several Dundee gentlemen and given to the battalion, who in turn presented it to Dundee. Gray granted them the publication rights to the picture, and copies were sold with profits given to the Black Watch Memorial Homes at Broughty Ferry. 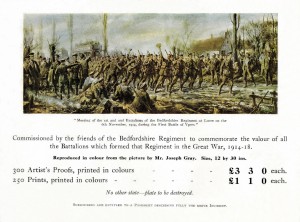 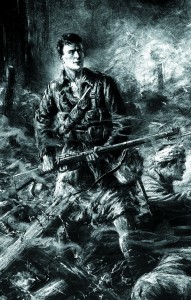 ‘The 4th Battalion The Black Watch in the Attack, 1915’ painted in 1922 and on display at the
Black Watch Museum, Balhousie Castle.

Some of his more well-known military-themed works include: 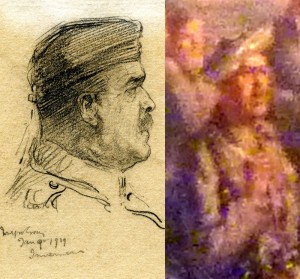 Preliminary sketch of C.S.M. Cowans for
the 6th Camerons at Loos painting.

4th (Ross-shire) Territorial Battalion Seaforth Highlanders at the Battle of Neuve Chapelle, March 1915 painted in 1920 is held at  The Highlanders’ Museum, Fort George.

6th Battalion The Queen’s Own Cameron Highlanders at the Battle of Loos, 26 September 1915 painted in 1919 is held at The Highlanders’ Museum, Fort George.

After Neuve Chapelle (10 March 1915) painted in 1921 is held at Dundee Art Galleries and Museums Collection.

A Ration Party of the 4th Black Watch at the Battle of Neuve Chapelle, 1915 painted in 1918-19 is held at the Imperial War Museum, London. 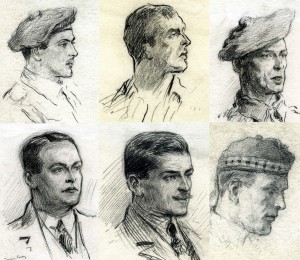 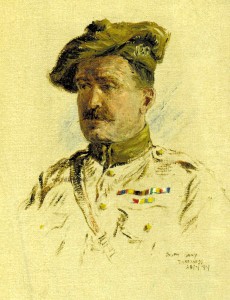 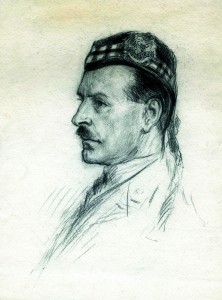 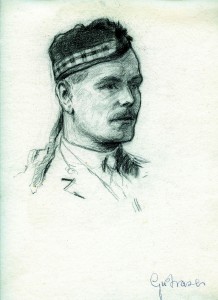 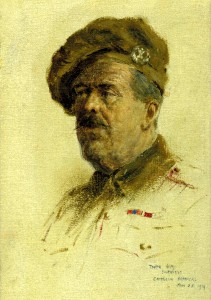 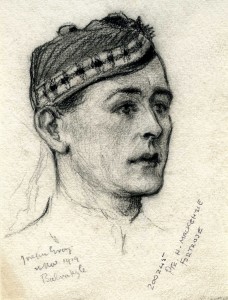 Gray works can be seen in Dundee at

Gray works can be seen in Fort George at